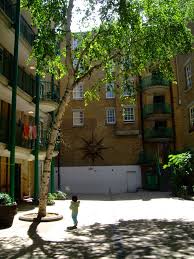 Hillview Residents’ Association (HRA) represents around 650 tenants of One Housing Group in 220 flats in Kings Cross which date from 1893.

HRA has a long and proud history. It was established in 1980, and ran our estate with Shortlife Community Housing for 18 years from the late 1970s. We fought proposed demolition by Camden Council in a 15-year long campaign. This was successful, but the subsequent deal involved the transfer of the estate to a housing association as the Thatcher government wouldn’t allow councils to access funds for the refurbishment of housing estates.

The tenants’ meeting where the transfer was accepted voted 2/3 in favour. Many people believed they had to accept as the alternative was eviction. OHG (then Community Housing Association) bought the estate freehold from Camden Council for less than £2 million. It is now worth perhaps £250 million. When we have asked Camden councillors why they gave a large amount of public housing to an unaccountable group with little housing experience they inevitably have no answer.

Since Community Housing and then One Housing took over we have been at war with our landlord. They have a poor record including mis-management, shoddy and amateurish repairs, lack of accountability and actual opposition to tenant involvement. A tenants’ forum which genuinely represented tenants’ interests was abolished by Community in 2004 and the chair threatened tenants with legal action if we went to the press. Now tenants’ reps are ‘appointed’ and paid for by the landlord. We have heard they exist but don’t know who they are.

Hillview used to collect a £1 weekly levy from residents which went to the tenant associations of Shortlife’s 3000 properties. When Community Housing took over, they carried on collecting the levy but refused to give it to the tenants associations. We took them to court but they employed a high powered city lawyer who threatened our five named parties with bankruptcy if we lost. They inevitably dropped out one by one and finally we had to pay Community Housing £60k in court costs as well as £30k to our own lawyers.

Our estate was used by Community Housing as collateral to buy Island Homes on the Isle of Dogs. The tenant-led board there was shut down. This was the start of their expansion into what is now a property development company run for the benefit of a clique of ambitious housing professionals. One bedroom flats in some of their purely private developments have sold for £600k upwards

One Housing Group refuses to recognise our tenants’ association, although this hasn’t stopped us. We did two petitions from our members. In one of them, 90% of the tenants said they wanted us to represent them in the second 70% did. One Housing Group now says we have to sign their model constitution before recognition. This document allows them to close us down and seize our funds if we disagree with them. Not surprisingly, Hillview voted 19 to nil in favour of remaining independent and staying with our existing constitution.

A few years ago One Housing Group made an attempt to recruit a parallel residents’ association to undermine us. This quickly collapsed.

The landlord has also (until recently) banned us from using our own tenants’ hall, which was built with public money under the Housing Corporation’s ‘Tenants’ Hall Initiative’. After a campaign, they have allowed us to use it, but such is the lack of trust of their tenants, they have to be present to open and lock the building.

Although we refused to sign up to their demands, One Housing Group has effectively recognised Hillview, and attend our meetings when invited. We currently divide our meetings into two, inviting the OHG local estate management worker, the tenant involvement worker and someone from the repairs team to attend the first part of the meeting, and then holding our own closed meeting without them afterwards.

We will continue to operate in this way, and are also now building links with other One Housing Group tenant and resident groups. We know of the great work done in defending tenants’ interests in Newham and elsewhere. And we are working closely with SHAC. Our belief is that the more organised and vocal we are the better we will be treated.

To find out more about forming a Tenants & Residents Association, see

This site uses Akismet to reduce spam. Learn how your comment data is processed.